No mean city no more?

For as long as I can remember Glasgow was the violent city. The city of hardmen, the city of stares. From ‘No Mean City’ headlines to ‘violent city’ taglines, it was the go-to for gritty film backdrops and grizzled TV characters – a caricature so set in stone that it might as well have been a statue. An English friend once told me 'We lock our doors in Glasgow.' Driving through Glasgow after a family holiday in the north of Scotland her father insisted they locked their car doors, fearing a lumbering mass pawing at the sanctity of the family car. The reputation, it seemed, was sealed.

The reputation wasn’t pure fiction. For the years 2003-2005, Glasgow had the highest rate of murder for any European city, leading the World Health Organisation to dub the city ‘murder capital of Europe.’ As a police analyst I watched CCTV footage of young men, pumped up on alcohol, arms stretched wide, hurling battle-cries. In one a gang caught a rival and set about him on a brightly lit shopping street, raining down fists, boots and knives. As a youth worker I saw it in miniature, with group of young boys chasing each other over a bridge, but also saw the positives underneath the violence: the community, the solidarity, the creativity. It felt timeless and unstoppable.

Eventually I left Glasgow for the bright lights of Hong Kong. When I returned to Glasgow a few years later, though, something had changed. Driving around a city I once knew so well, I felt like an alien observer. The new roads and shiny stadiums of the Commonwealth Games made me lose my bearings. I felt a pang of nostalgia but also a stab of hope. Police recorded crime has shown an overall reduction of 43% in the last ten years, with hospital data and victimisation surveys showing a comparable decline. This reduction has been attributed to the work of the Scottish Violence Reduction Unit (VRU) in instigating a public health approach to violence. Spearheaded by the World Health Organisation, the approach thinks of violence not as a crime but a disease and draws on responses such as prevention, education and targeted intervention. Today the city’s reputation has been rehabilitated. No longer the violent city but the city that stopped gangs.

The opening of Violence Reduction Units across England has brought issues of gangs and violence prevention to the heart of public debate. In the context of a changing landscape of street gangs, postcode wars and ‘county lines’, the youth homicide rate in London has increased, prompting politicians, policy-makers and civil society groups to seek fresh approaches in a policy arena defined by austerity cuts to frontline services in youth work, policing and social services. The announcement of £500m funding to the new service, explicitly rooted in the Glasgow model and involving some of its key actors, has been tempered with political language suggesting its impact may not be seen for a generation. 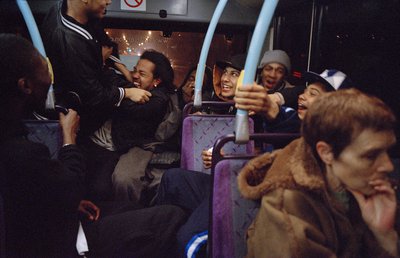 Glasgow and London are, self-evidently, very different environments. It has been said that the cities are beyond compare, and that youth violence is too big, too complex, and too different for the same policies to be successful. Glasgow’s problem was with youthful, territorial street gangs fighting over turf; London’s more about drug wars, criminal entrepreneurs and serious violence. But it must be remembered that the policies of the Scottish VRU were originally drawn from cities in the US that are more comparable to London – Boston, Cincinnati, Los Angeles – and that adaptation to local environment was at the heart of the VRU’s work. The public health approach is not a one-size-fits-all policy wand, but a set of principles, practices and policies that can be adapted for different contexts.

I went back to the area I used to work in recently. I saw some things had changed but others hadn’t. The gang violence that once dominated the news headlines had faded, but not vanished. I heard of one young man who had tragically taken his own life, and another who had become involved in organised crime. Though the bridge had been given a fresh coat of paint, graffiti tags were still visible.

Young people today are growing up in an age of social media and consumer culture and are spending less time on the street. In some ways it is no wonder that territorial gang identity has changed. But my suspicion is that it hasn’t gone but mutated. Reductions in violent crime have been accompanied by issues in mental health, drug death, suicide, domestic violence. Violence may have moved off the streets but it has shifted elsewhere. How we as a society will move with the times and respond to the changing picture of violence: only time will tell.